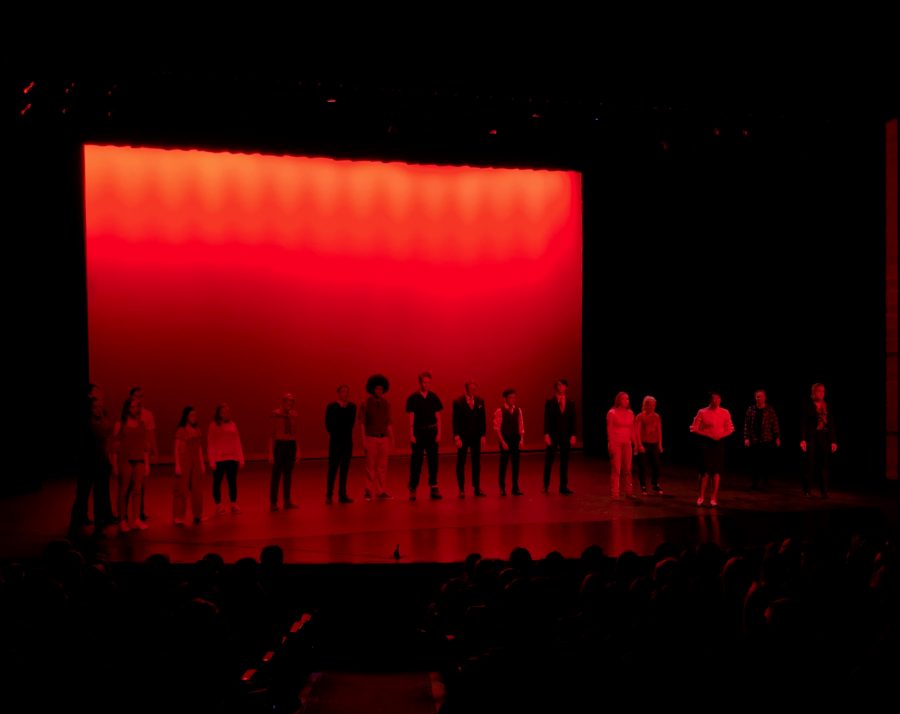 After four grueling weeks of production, Regis Jesuit Theatre was finally able to present its spring student-directed show Trap this past week. The show had big shoes to fill being the first non-Shakespeare student-directed play in three years. Trap managed to fill those shoes well.

The play was originally written by Stephen Gregg and it follows a group of high school students and residents from a small town in California going to a play only for them to learn that the play they are seeing is actually a trap.

Kara Toll ‘19 directed the Regis production of the show with help from assistant directors Mati Rogers ‘20 & Rachel Hilbert ‘19 along with stage manager Addi Blocher ‘19. The cast and crew had over 40 RJ students involved, with many cast playing multiple roles and several crew members volunteering for multiple jobs behind the scenes.

“The thought of putting on a play with only a month to work with was a terrifying thought,” says Jon Miller ‘19 who portrayed Ephrain Salas in the production. “But our director, Kara, always kept us moving forward, and before we knew it, we were ready for opening night with a finished and polished product. She really helped us, actors, to give our best performance.”

RJ Theatre’s Trap debuted to massive success, filling the house on its first night and causing overflow seating to be opened on the second. The audience was also not disappointed. The show manages to captivate the audience in an unexpected and engaging way. “I’ve only seen a few plays in my life but that one was my favorite,” says student Conner Pettit.

As the curtain closes on the 2018-2019 RJ theatre season, it ends on an extremely high note. RJ’s production of Trap succeeds on almost every level setting a high bar for the student-directed plays to come.