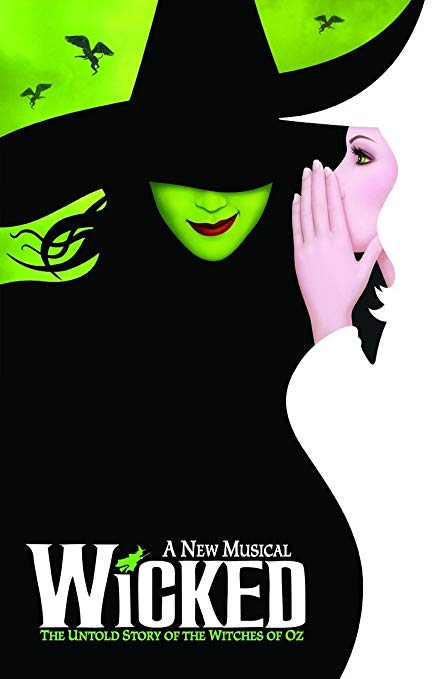 On May 8th, I went to see a play for the first time in almost seven years and ended up discovering a big revelation. I saw Wicked in the downtown Denver theatre and too much of my surprise, the theatre was crowded. I honestly didn’t expect the theatre to be full because of all thetechnologies we have now a days. The sad fact was, when I looked around, I mostly saw middle aged men and women, instead of teenagers.

Going to plays has become less popular because of people having different apps they can use to watch movies, play games, and socialize with friends. Today, social media has taken over teenager’s minds and it makes it so much easier for people to find activities to do.

Have teenagers become less interested in going out to plays because they have Netflix or Amazon? Is it more entertaining to sit at home on a screen for several hours instead of doing something productive?

From a survey conducted in 2014, 94 percent of teenagers use social media daily and typically use more than one social-media platform. More research has concluded that the most popular age group that uses Netflix is ages 17-21, which makes it easier to see why they wouldn’t be at the theatre.

When we put our phones away and focus on something right in front of us then our whole mind set can change. While I was at Wicked, I put my phone away for four hours and found it to be the most relaxing and exciting time I had all week. I was engaged in the actors while they were speaking and became amazed by their voices in every song.

I have been to a couple plays before seeing Wicked and thought I would be disappointed again, but I was wrong. Now that I am a little older, I can truly appreciate how good the play was. I love how detailed each set is and the dances are so entertaining. It was the best play I have ever been to and I hope that other people can appreciate it as well.

I understand why so many people love going to plays and it is because you feel involved with everything they say. Instead of sitting by yourself at home laughing at a screen, you have 1,000 other people to laughing with you. Seeing how much time and practice it must have taken to make the performance perfect, turns it into something special to watch.

After becoming aware of how many people would rather watch a screen than see real actors perform amazing songs and dialogue, I decided to find out why. The truth is that when teenagers were asked if they would go see a play about 87% said they would. Surprisingly, only 63% of middle-aged people said they wanted to go.

If teenagers say they will see plays, then why don’t they? Is it too expensive? Do they not have enough time due to schoolwork? Will it be boring? Will it seem uncool to other people?

I have thought about all of these questions before realizing that these reasons don’t matter at all. When I saw Wicked for the first time, I was shocked by how much I loved it and how captured I was by every single song.

I wasn’t usually the type of person to want to go see a play in a huge theatre, but things change. When I put my phone down and decided to try something new, I found something that I absolutely love, plays. I hope that other people can have the chance to see a play from time to time and see how great they can truly be.