This Article’s for Pat: A Look At The Celebration of Life for Broncos Owner Pat Bowlen 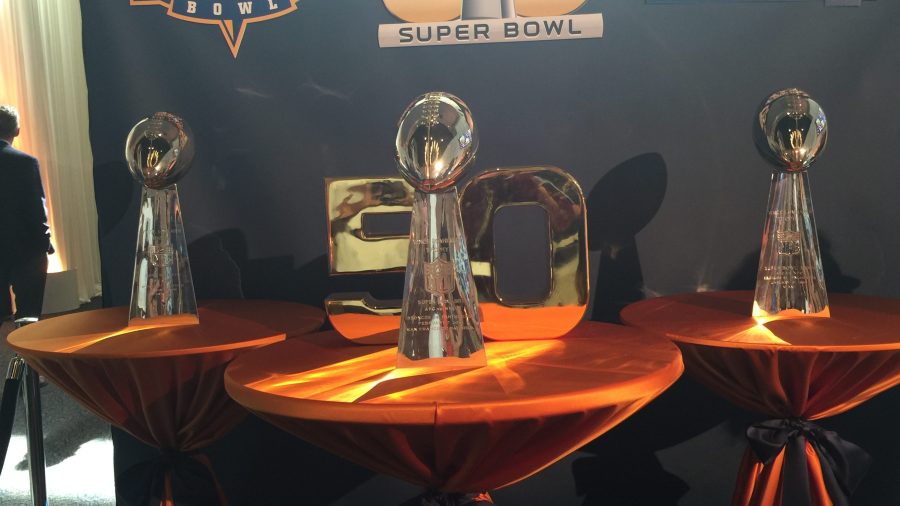 Story and Photos by Angela Serwaa-Marfo ‘20

The 2013 season was one of the most memorable moments for me as a Broncos fan or just as a sports fan. I remember the happy memories of watching pretty much every game watching Peyton Manning and his crew rack up win after win after win. The heartbreak of watching my team get embarrassed in front of the entire country. Then the redemption of winning Super Bowl 50. It was the first time the Broncos were prevalent in my life and even to this day they still are. Like me, the Broncos continued success have painted Colorado a sea of orange and blue to the point that it might as well be the state religion with millions of fans flocking to Mile High every Sunday.

And Pat Bowlen sat as the high priest of it all.

You’ve probably heard it all at this point—about how as owner, Mr. Bowlen took the Broncos to new heights with seven Super Bowl appearances, three of them resulting in rings, 354 wins during the regular and postseason, made the Broncos consistently competitive in the NFL—you could say they’re the football equivalent to the San Antonio Spurs—and how he cared for his players, according to the Denver Broncos website.

So when he died from Alzheimer’s on June 13th, it was a sad day in Broncos Country. Many people came to his statue to lay roses, sunglasses and other gifts to pay tribute to a Denver sports legend.

The statue of Pat Bowlen at Mile High Stadium is surrounded by flowers, animals, and more as Broncos fans honor Pat Bowlen.

But the Bowlen family, in their grief, decided to give tribute for his life—they would create a Celebration of Life in his honor featuring a bunch of Broncos memorabilia —and through a bout of circumstances I had the chance to go see the event.

Being there to see all the stuff he did during his tenure was amazing because it went to show the amount of success he had with the games balls, the various awards, the Super Bowl rings, the Lamar Hunt trophies (including the one that they won in 2013, the year that solidified my Broncos fandom), in particular being able to see the holy trinity of Lombardi trophies was a great experience. I tried my best to appreciate them and not take them (or anything in the room) for granted because when do you ever get to see your team’s Super Bowl trophies on full display for the public?

In addition, being able to see the memorabilia reignited an excitement I me that I hadn’t had in a long time—the kind of excitement that gets you pumped for what’s next. It’s the kind of excitement that I have for the Nuggets right now—the “you’re going to need sunglasses because the future is BRIGHT” excitement. Even though the past two seasons have not been great, I believe that we are ready to do better and that we’re coming for Ring #4 no matter what anybody says.

As I reflect, I have started to realize how lucky we fans in Denver truly are with Bowlen. There are more owners that run their organizations like dumpster fires or have kept their teams in constant mediocrity (hi Dolan, Snyder, the Monforts and more) and few owners who actually have achieved the success of the Broncos. The fact is, we could be a lot worse than we are right now and with the changes that they’ve made such as firing Vance Joseph, it looks like it’s going to get better.

So with that being said, thank you Pat Bowlen for what you’ve done and GO BRONCOS!

Author’s note: Below is a gallery of the pictures that I took at the Pat Bowlen Celebration of Life back in June. Enjoy!