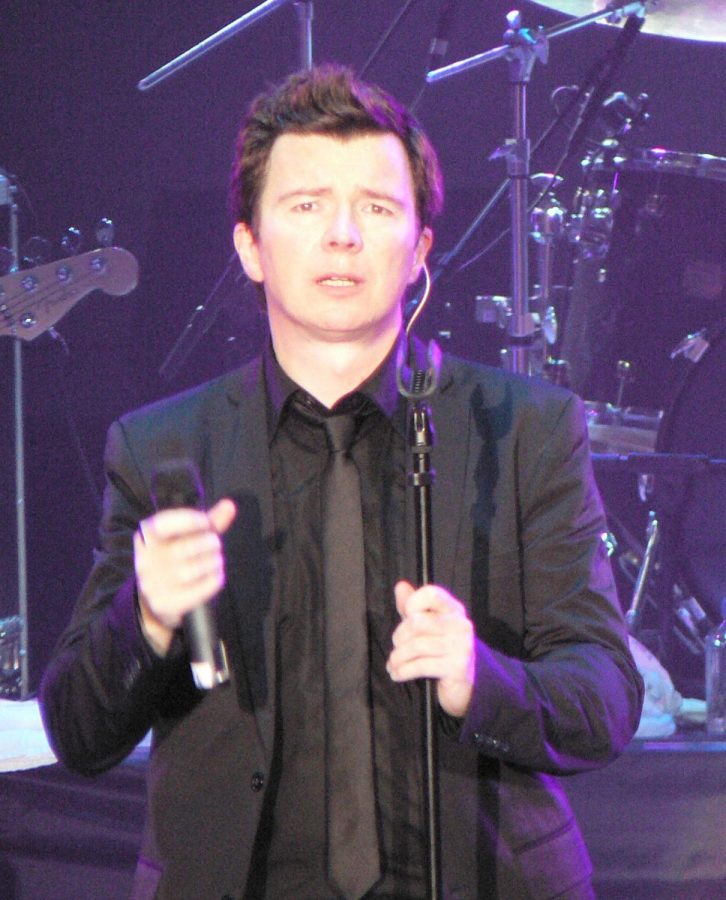 Rick Astley does the iconic pose his song “Never Gonna Give You Up” started with.

This kind of prank is not new though; it can be seen that a large part of the population has been Rickrolled.

“We randomly called 959 adults and the number who had been Rickrolled was six percent, which, multiplied by the entire adult population of the country, would have translated to mean 18 million Americans.” President of surveyUSA, said.

No one – not celebrities, adults, children,  are safe from this prank. But the original artist, Rick Astley, doesn’t seem to mind

“ I salute you!” He said after being Rickrolled himself by a random person on the internet.

The prank is so big that you can even find giant corporations and projects participating in the activity of Rickrolling.

“That doesn’t look anything like me… does it?” Says Rick Astley after being Rickrolled again and subsequently Rickrolling others by the company Disney for their hit movie film “Ralph Breaks the Internet”.

Though while most people would laugh this off, there are varying reactions to this harmless prank.

One Walmart service employee posted angrily to the store’s instagram messaging system after it happened to him.

“Don’t ever do that again,” they stated.

But at-least everyone can all go to sleep in peace knowing that they can depend on Rick Astley.