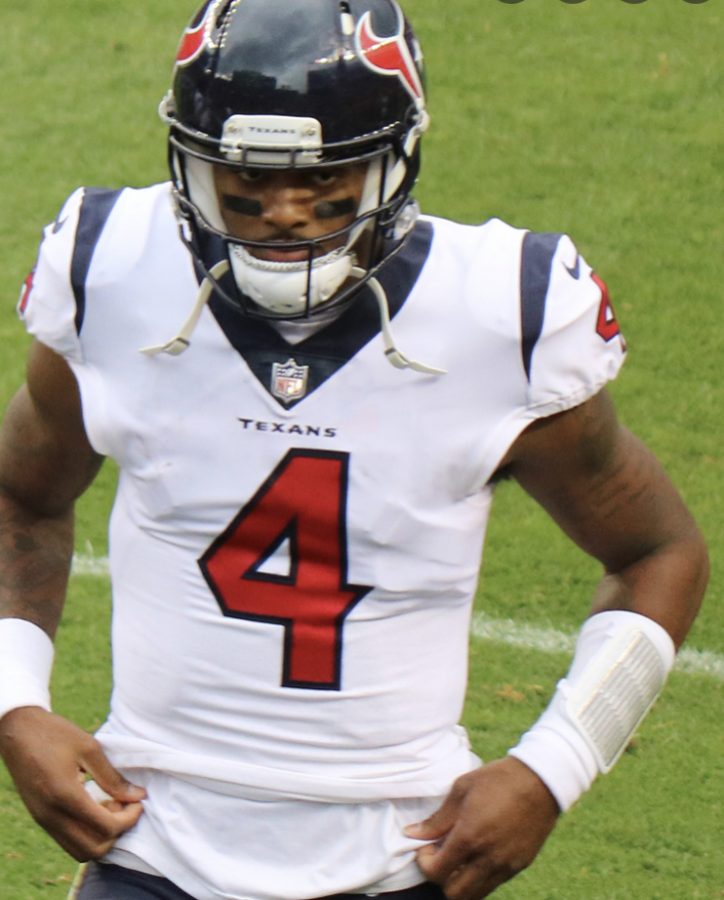 While Deshaun Watson’s 22 sexual assault cases haven’t yet been brought to trial, the Houston Texans administration is conflicted on whether they should trade him or risk keeping the controversial star.

Deshaun Watson’s attorney Tony Buzbee came out and said, “In what was submitted to  us, there were non disclosure agreements and many of the women pushed back on those,”.

On April 6, of 2021 the first two allegations came out for the public, and fans were astonished at what was happening.

Watson’s teammates found out before the public with some maintaining their support of the star.

Other teams have shown interest in trading for Deshaun Watson but are worried about the controversy that surrounds him.

“We are deeply concerned by the disturbing allegations and have suspended Deshaun Watson. We will continue to closely monitor the situation,” said NFL commissioner Roger Goodell.

Fox reporter Jay Glazer makes it clear that  if the trade went through, it would be a big one for both teams involved.

“Three first round picks and two second round picks in the NFL Draft would be one of the biggest hauls in NFL trade history,”